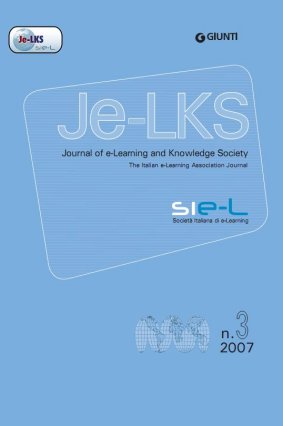 In an e-learning project the most critical element is not represented by technological tools, that can be seen as a simple “commodity”, but by didactic contents used to support a learning process. In such a context, developing in a simple and quick way, digital contents, not only “apparent”, but also effective and valid from a didactic point of view, and involving content-owners in production process must be considered some of the main objectives.
The principal aim of the Web-IDEA (Web Instructional Designer Applications) project is to be present in the contents production process making available to the content owners a collaborative web-environment for digitalization and classiﬁ cation of their knowledge. Web-IDEA acts inside the described process holding, from one hand, typical activities of instructional designers and contents developers and providing, from the other one, a set of tool for developing portable Learning Object, both for WBT and CBT training, that are compliant to the most diffused e-learning standard.
The project imposes some guide-lines that drive the expert in developing of didactic contents and, more in general, in building “learning paths”: the results of a such process can be seen as prototypes of multimedia courses, obtained with reduced costs and times, that can be directly imported into a generic Learning Management Systems or used as start-point in generating more complex multimedia products.