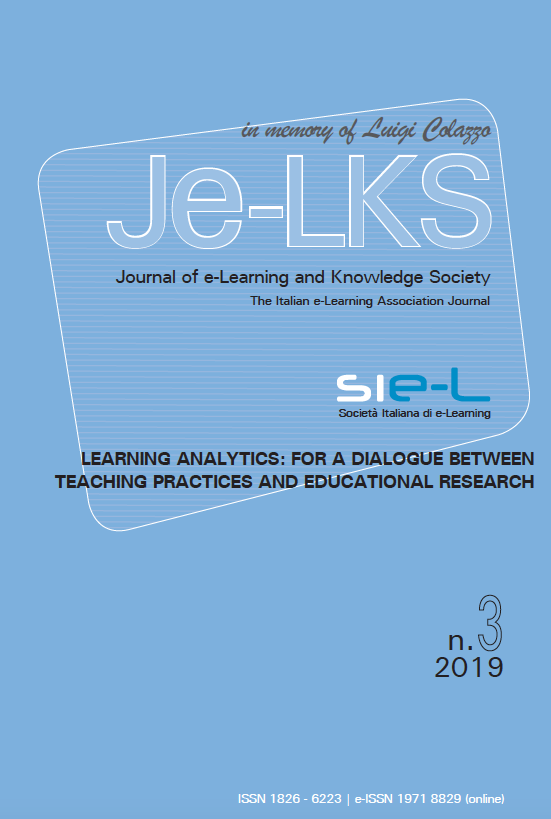 In this paper we introduce an approach for selecting a linear model to estimate, in a predictive way, the completion rate of massive open online courses (MOOCs). Data are derived from LMS analytics and nominal surveys.

A first analysis concerned the correlation between the predictors within each group and between the different groups, as well as that between all the dependent variables and the two response variables.

The linear regression analysis was conducted by means of a stepwise approach for model selection using the asymptotic information criterion (AIC). For each of the response variables we estimated predictive models using the different groups of predictors both separately and in combination.

The models were validated using the usual statistical tests.

In addition, residual analysis indicates the potential occurrence of interaction effects among variables and non-linear dynamics.

This work is licensed under a Creative Commons Attribution-NonCommercial-ShareAlike 4.0 International License.

Most read articles by the same author(s)